Workshop on Rohingya Refugees in Malaysia

The above workshop was organized by IKMAS on 16 December 2009 at Puri Pujangga UKM to acquaint IKMAS Fellows and others interested in the study of transnational migration with the refugee population in Malaysia.
The focus was on the Rohingyas, a minority Muslim ethnic group from Myanmar who first arrived in the country in the mid 1970s. 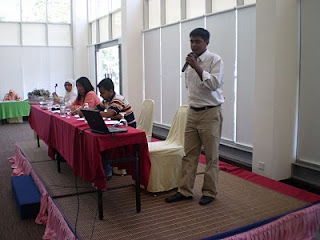 Numbering around 16,000 in October 2009, they are the second largest group accounting for over 27 percent of about 58,000 Myanmar refugees and asylum seekers in Malaysia. Unlike other refugees, they are stateless, as they have been stripped of their citizenship by the present government in Myanmar. The workshop was designed to provide a platform for the Rohingyas to explain and discuss their problems and plight with other participants and to foster links between them and the academic community which could be useful to both parties in the future.

About sixty people attended the workshop, of which forty were Rohingya leaders from different associations. The rest comprised academics from UKM, Universiti Utara Malaysia (UUM) and Universiti Malaysia Sabah (UMS) as well as representatives from the Malaysian Government.

Through the paper presentations and discussions which followed the non-Rohingya participants were made aware of the extreme hardships faced by the Rohingyas and their vulnerable position which opens them to abuses and exploitation; and made many, the victims of trafficking across borders. The workshop concluded that there is an urgent need for them to seek intervention and assistance from related donor agencies at the national and international levels and to facilitate this, the workshop resolved that the Rohingyas must unite the various groups within the community and form an umbrella body so as to be able to deal effectively with these agencies. 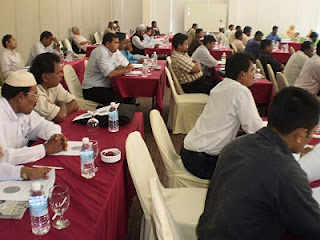 IKMAS thanks all the participants, especially the Rohingya representatives who took time off from work to attend the workshop and make it a success.