A Perfect New Year Gift: A Calendar Dedicated to the Rohingya Victims of Myanmar's Slow Genocide

Source maungzarni, 24 Dec
Looking for a perfect gift for your friends and colleagues? Look no more!

Dear Friends and Colleagues,
Here is a perfect gift for this holiday season, especially for those with a social conscience. And Myanmar authorities will arrest you if it is found in your possession!
This is no laughing matter. Myanmar Rohingya calendar men jailed on new charges: police
(see Arrests in Myanmar over calendar recognizing Rohingya.  AFP, 25 November 2015.)
So, please, help inform the world about Myanmar's slow genocide of the Rohingya Muslims by purchasing a calendar as a gift for friends, colleagues and family for 2017.
Six hundred years of presence in the country, the "Theraveda Buddhist" nation of Myanmar deems, entitles them to neither full citizenship nor the prized status of a native ethnic group!
Yes, that's right!  After 600 years of their  natural evolution as an ethnic group, the Rohingya are misperceived as "illegal aliens" by the Myanmar's public, who themselves are oppressed by the ruling military for the last half-century.
Sad indeed, ain't it?
The English language calendar will be available for purchase in January. The delivery will be in early to mid-January.
Don't worry.   In order to compensate for the late-sales we have created 14-months calendar - from Jan 2016-Feb-2017.
On-line orders can be placed at the website:  www.RohingyaCalendar.com
The proceeds - always a source of evil, slanders and bickerings among fund-deprived activists - will be used 100% transparently and accountably.  Specifically, the funds will be used for the purpose of educating and training Rohingya activists so that they can end their sufferings. Only the oppressed can free themselves.
What is in the calendar?
With award-winning photos and official documentations and slickly designed, the calendar tells a factual (that is, empirically verifiable) story of Rohingya people who have, according to archaeological and historical evidence, made the western borderlands region of Myanmar their home since the 14th century.
Since February 1978, Myanmar's successive military regimes have singled them out on the basis of their ethnic identity for persecution, framing them as "illegal economic migrants from the neighboring Bangladesh" and as such, "a threat to national security", encoding the state's systematic persecution the 1982 Citizenship Act reminiscent of the Third Reich's Nuremberg Laws and outsourcing various acts designed to destroy the Rohingya as a distinct ethnic community of over 2 millions - inside the country and in diaspora.
Despite the optimism  and hype about the country's "consolidation"  - as the British Government official Hugo Swire put it - of democratic openinging, virtually the entire Myanmar public remain indifferent to the plight of the Rohingya while most disturbingly, the country's revered politician and Nobel Peace Prize winner Aung San Suu Kyi has joined her former jailors in condoning and denying what is increasingly viewed as a slow genocide.
The calendar is organized thematically in ways that will inform the world about the pre-British colonial ancestral history of the Rohingya, their official indigenous ethnicity, the origin and evolution of Myanmar's persecution, the evidence of genocide, and the call to end Myanmar's international human rights crime against the entire ethnic group.
Additionally, the calendar contains bite-size crucial insights about a genocidal process and international human rights law - so incredibly misperceived even among highly educated quarters (for instance,non-genocide studies academics and Myanmar experts), not to mention men (and women) on the streets.
Watch Professor Amartya Sen explains succinctly why Myanmar's policies and persecution of the Rohingya amounts to a slow genocide.
http://www.maungzarni.net/2014/11/watch-amartya-sen-here-term-slow.html
Hear what George Soros, who as a young man escaped the Nazi-occupied Budapest in 1944, has to say about the Rohingya after having visited a Rohingya "ghetto" in Myanmar, as he put it. 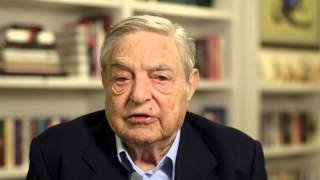 7:44
Amartya Sen and George Soros are joined by a group of 7 Nobel Peace Laureates who says the Rohingya are "a textbook example of a genocide in which an entire ethnic people is being wiped out".

Video:Archbishop Desmond Tutu calls for an end to Myanmar's Slow Genocide of Rohingya - 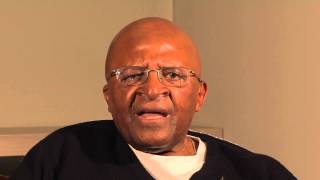 But Aung San Suu Kyi who travels around the world to collect virtually all available human rights awards and yet has chosen not to set her foot in a Rohingya community - one hr flight away - or speak out to end the sufferings of the most wretched of Myanmar disagrees.
Watch below how she denies there is any 'ethnic cleansing' of the Rohingya - let alone a genocide, which she calls 'an exaggeration'.
http://www.bbc.co.uk/news/world-asia-2464969

Far Eastern Economic Review - and other media outlets - were reporting about the then Burma's persecution of the Rohingya as early as July 1978.  (The calendar contains a high resolution, readable article in its entirety).

The calendar thus arranged presents a brief overview of the plight of the wretched of Myanmar.
Whether you are Rohingyas, Rohingya supporters, diplomats, journalists, academics, business persons, tourists, or human rights activists this is a perfect New Year gift.
The calendar is aimed at telling a factua lstory of the world's most persecuted people, with no hope on their own homeland, a story which the government of Myanmar is trying so hard to erase, unsuccessfully.
The calendar is conceptualized, designed, published and distributed by the Rohingya intellectuals and the Burmese Buddhist activists and scholars.
Help us expose Myanmar's genocidal lies. And help end the slow genocide.
The first step is to call for the international conference to determine the status of the Rohingya in Myanmar, starting with their official, pre-Burma/Myanmar historical and contemporary presence in Myanmar or Burma.
- See more at: http://www.maungzarni.net/2015/12/a-perfect-new-year-gift-calendar.html#sthash.p61hLYtR.dpuf
Posted by NDPHR at 12/25/2015 04:40:00 am