Source FarsNewsAgency, 18 Oct
TEHRAN -- Activist and scholar Maung Zarni says that the plight of Muslim Rohingyas has gotten worse under the administration of Nobel Peace laureate Aung San Suu Kyi and now there are about 100,000 Rohingyas fleeing their homeland every week.
The Burmese scholar in an exclusive interview with FNA said that Aung San SuuKyi's leadership has been the direct product of the icon manufacturing by Western media and activists which was intended to give acceptability to what, he believes, is a "military-controlled ethnocracy, wrapped in Buddhism".
According to the rights activist, Rohingyas in Myanmar live under restrictive measures of movement, marriage and child control in either open prisons or internally displaced persons camps (IDP camps). He also added that the Muslim minority's access to food supplies and medical care is awfully limited. 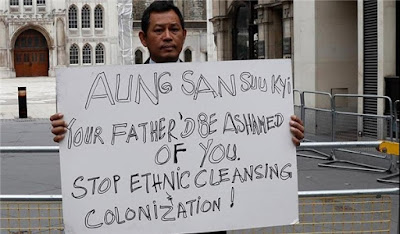 Maung Zarni is a democracy advocate, Rohingya campaigner, and an adviser to European Centre for the Study of Extremism. He is also a research fellow at Genocide Documentation Centre and has been frequently interviewed by international media outlets such as BBC, Al Jazeera, Press TV and TRT World.
FNA has conducted an interview with Maung Zarni about the terrible living conditions of the Rohingya Muslims and the reasons behind the inaction by the so-called international community to stop what the United Nations calls "textbook ethnic cleansing" of Rohingya.
Below you will find the full text of the interview. 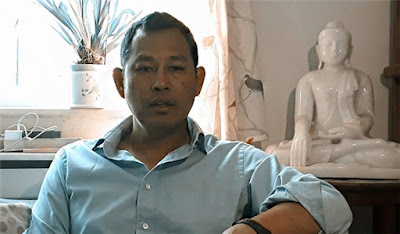