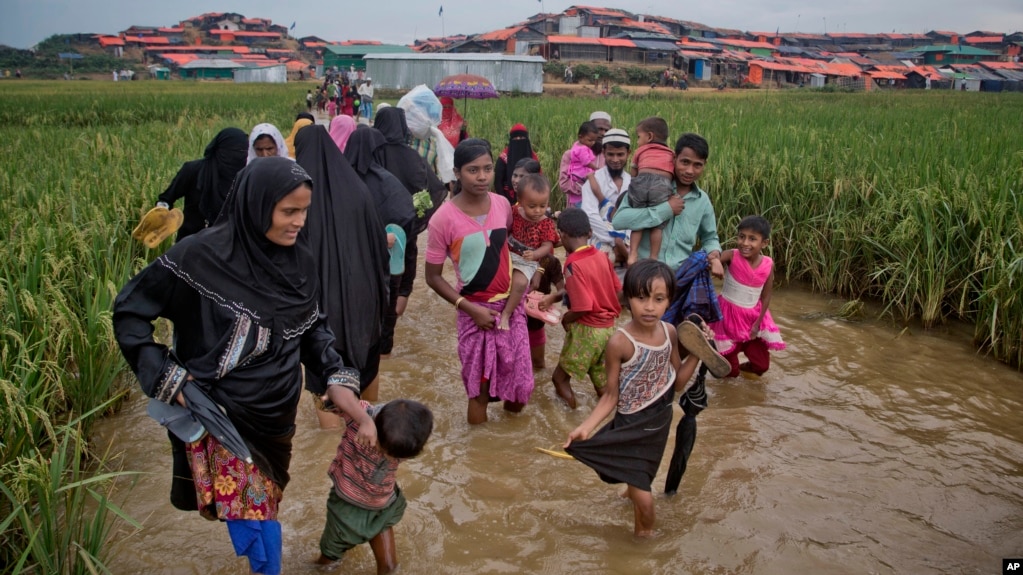 FILE - Rohingya Muslims, who crossed over from Myanmar into Bangladesh, wade past a waterlogged path leading to the Jamtoli refugee camp in Ukhiya, Bangladesh, Nov. 17, 2017.
Share

The U.S. House of Representatives approved a resolution by a vote of 394-1 Thursday, declaring Myanmar's military campaign against the country's Rohingya Muslim minority a genocide.

A United Nations report released in August said the military carried out mass killings and gang rapes with "genocidal intent" and also definitively called for Myanmar officials to face genocide charges for the first time.

Myanmar's military has denied previous accusations it had committed genocide, maintaining its actions were part of an anti-terrorism campaign.

The atrocities have prompted the U.N. and a number of political and human rights leaders to question the southeast Asian country's progress toward democracy.

The Burma Task Force, a coalition of U.S. and Canadian Muslim organizations, applauded the genocide designation.

"The House of Representatives has now officially adopted the position that the ongoing policies of mass violence and displacement against the Rohingya by the Myanmar government constitute genocide, bringing the U.S. closer to the emerging international consensus on the issue."

The U.S. State Department usually makes such official designations but has not used the term genocide to describe the military's atrocities against the Rohingya.

The House resolution also called on the Myanmar government to release Reuters journalists Wa Lone and Kyaw Soe Oo, who were jailed one year ago. 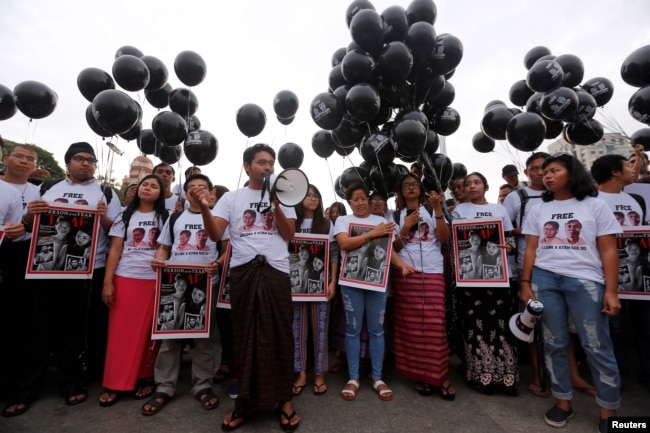 Activists gather at a rally, calling for the release of imprisoned Reuters journalists Wa Lone and Kyaw Soe Oo, one year after they were arrested, in Yangon, Myanmar, Dec.12, 2018.

They were sentenced in September to seven years in prison for violating the country's colonial-era Secrets Act. Lawyers for the reporters said their clients were set up and have appealed their sentences and convictions.

The Myanmar embassy in Washington did not immediately comment on the House vote.