Myanmar leader reiterates her stance that the word, used to describe a persecuted Muslim minority, is 'controversial' and her government won't use it 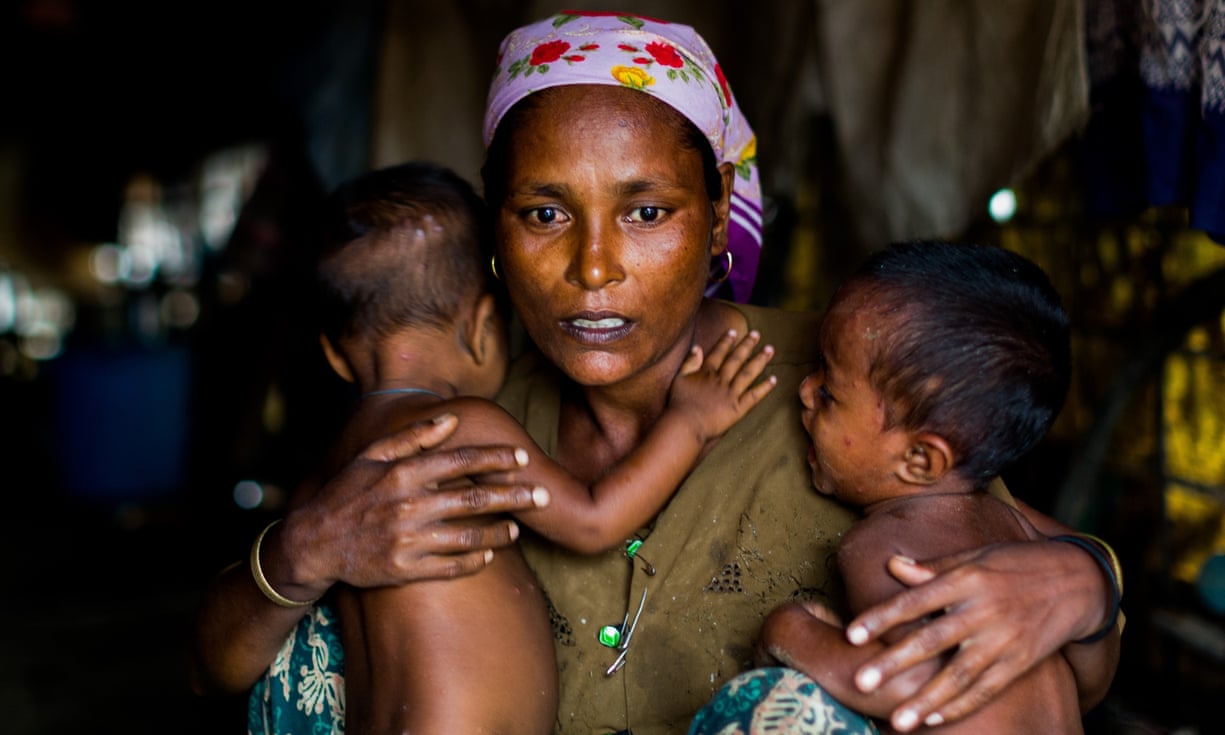 A mother – in a camp for Rohingya in Sittwe – Myanmar, holds onto her twins, both of whom suffer from malnutrition.Photograph: Anadolu Agency/Getty Images

Myanmar leader Aung San Suu Kyi has told the UN special rapporteur on human rights that the government will avoid using the term "Rohingya" to describe a persecuted Muslim minority in the country's north-west.

The statement came as the top UN human rights official issued a report saying the Rohingya had been deprived of nationality and undergone systematic discrimination and severe restrictions on movements. They had also suffered executions and torture that together may amount to crimes against humanity, the report said. 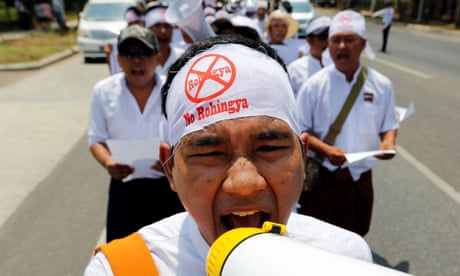 'No Muslims allowed': how nationalism is rising in Aung San Suu Kyi's Myanmar

Members of the group of about 1.1 million people, who identify themselves by the term Rohingya, are seen by many Myanmar Buddhists as illegal immigrants from Bangladesh. The term is a divisive issue.

"At their meeting here this morning, our foreign minister Daw Aung San Suu Kyi explained our stance on this issue that the controversial terms should be avoided," said Aung Lin, the permanent secretary at the ministry of foreign affairs.

Aung San Suu Kyi is banned from presidency by the military-drafted constitution because her children have British citizenship. She holds offices of the state counsellor and the minister for foreign affairs, but is the de facto leader of the administration.

Feted in the west for her role as champion of Myanmar's democratic opposition during long years of military rule and house arrest, Suu Kyi has been criticised overseas, and by some in Myanmar, for saying little about the abuses faced by the Rohingya.

Zeid Ra'ad Al Hussein, UN high commissioner for human rights said in the report the Rohingya were excluded from a number of professions and needed special paperwork to access hospitals, which has resulted in delays and deaths of babies and their mothers during childbirth.

Some 120,000 Rohingya remain displaced in squalid camps since fighting erupted in Rakhine State between Buddhists and Muslims in 2012. Thousands have fled persecution and poverty.

"The new Government has inherited a situation where laws and policies are in place that are designed to deny fundamental rights to minorities, and where impunity for serious violations against such communities has encouraged further violence against them," Zeid said.

Reversing such discrimination must be a priority for the new government "to halt ongoing violations and prevent further ones taking place against Myanmar's ethnic and religious minorities," Zeid said.

Aung San Suu Kyi has formed a committee to "bring peace and development" to the state in May, but its plans are not clear. 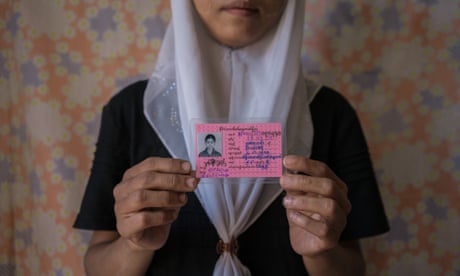 No vote, no candidates: Myanmar's Muslims barred from their own election

As the country prepares for crucial polls, millions of Muslims are being denied the chance to vote for the candidates of their choice

Aung San Suu Kyi said during a visit by US secretary of state John Kerry last month that the country needed "space" to deal with the Rohingya issue and cautioned against the use of "emotive terms" that she said were making the situation more difficult.

The previous military-linked government of former junta General Thein Sein referred to the group as "Bengalis", implying they were illegal immigrants from Bangladesh, though many have lived in Myanmar for generations.