Rohingya's in Delhi: "Had I Not Escaped I Would Have Been Killed" 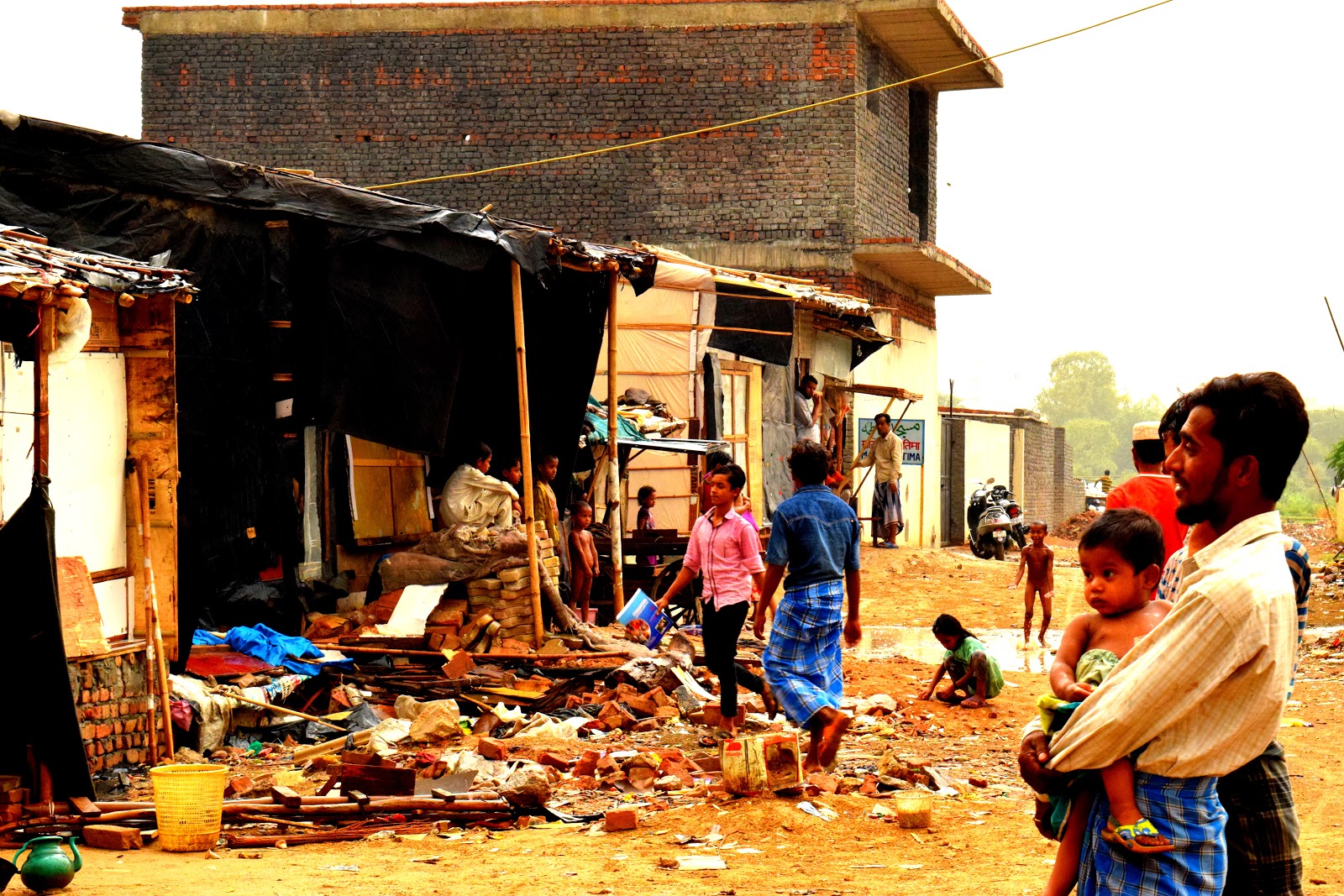 "Had I Not Escaped I Would Have Been Killed"

NEW DELHI: In a rubbish dump on the outskirts of Delhi a crack of lightning illuminates an ominous sky. Rains begin to lash down and people run for cover. Squeezed between piles of sorted trash, makeshift huts of tarpaulin and bamboo begin to shake in the wind. A group of men quickly repair a roof in a hopeless attempt to keep the rain out.

These hovels are more than just homes. They are their residents' sole possessions, fragile markers of their otherwise evidenceless existence. They offer an imperfect asylum not just from the weather, but from the murder, violence and persecution of their homeland.

The Rohingya of west Myanmar are some of the most persecuted people on the planet. Decades of discrimination and state-sponsored oppression have rendered them stateless and right-less.

In previous years, reports of Rohingya refugees drowning as they fled to South East Asia, shocked the world. But what rarely reached the media were the stories of Rohingyas fleeing west, and the lives they made for themselves outside Myanmar. This is the untold story of Delhi's Rohingya refugees and their daily fight for a better life. 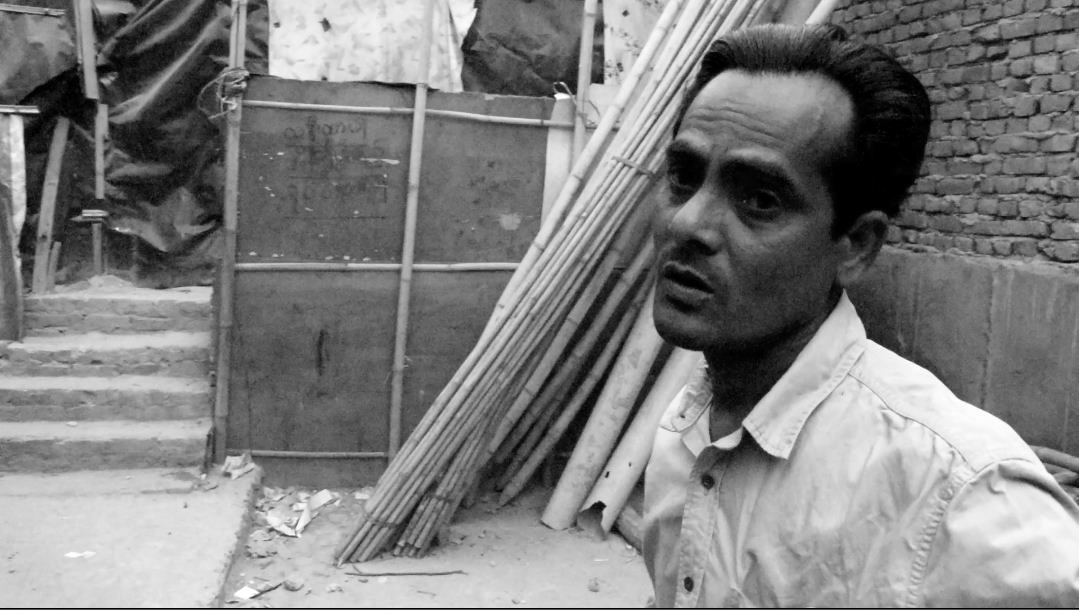 Like many of the refugees here in Delhi's Kanchan Kunj, Sohain fled Myanmar in 2012 following a programme of mass violence and land grabbing. "In Myanmar I had a good life, I owned a number of shops and some land" he explained. "One day the government took them. I was not allowed on my land anymore."

When he objected, he was kidnapped by a Buddhist political group. "They took me and tied my hands and legs. Then they beat me. I was lucky not to die. When they let me go, they told me to pay ₹300,000 or they would kill me."

At this point Sohain decided to flee Myanmar. With the help of a Buddhist friend, he was able to get to Bangladesh with his family, and then, to India. "Had I not escaped I would have been killed."

Zakir fled Myanmar in 2008 after his father was murdered in front of him. "In Myanmar I had my own house, and lots of land," he said. "It was all stolen by the government."

"Ramadan used to be a joyous time. We would take the whole month off work and celebrate. Now I am fasting but I have no happy feeling for it. There is no celebration here."

Many of the refugees had hoped to build new lives for themselves in Delhi, but with no government or UNHCR support they feel abandoned. "The government gives us a one-year extendable visa but the process is very difficult and expensive" said Sohain. "They are giving us no support. Even the UNHCR just registers us and that is all." 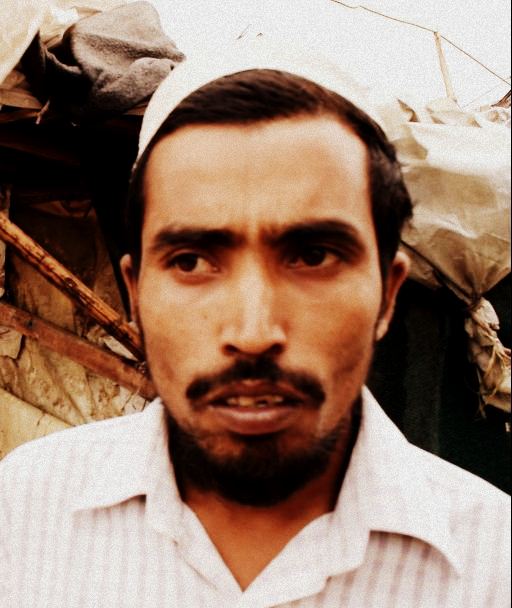 Because India is not party to the 1951 Convention on Refugees, the UNHCR's mandate here is pitifully limited. Sohain showed us his small UNHCR registration card which,as a stateless person, is his only proof of existence. A token gift from an organisation that otherwise does almost nothing for the Rohingya.

"I have no regular work. How am I supposed to support my family?" Asked Zakir, father of three. "Sometimes I work as a labourer, other times as a rag picker. When I can find work, I get paid ₹100-150 a day. My life has totally changed, before I could afford to live, now I struggle to survive."

"The police also cause problems for us. Every day they are coming and threatening us" Sohain said. "I don't know why they torment us."

But life in Kanchan Kunj remains dire. "You can see we have only bamboo and plastic sheeting to shelter us," explained Sohain. Just minutes after the rain had begun, three inches of water had already covered the narrow pathways between the houses and was threatening to fill their homes. "When it rains our houses flood, when it is not raining, the heat inside is unbearable. Conditions here are too bad. We have no electricity or running water."

Sohain draws back a curtain that acts as a door for one of the huts. It's a tiny one-room house with earth floors, no windows and no light. The ceiling is so low the people inside cannot stand. "Eight people live in here," Sohain explains. "We are living like this for three or four years now. We are 210 people in total."

"The conditions here are very bad, but at least I am free," says Sohain. "In Myanmar I was always worried about my family and I could not travel anywhere without taking permission from the government. I might not have much here, but at least I have my freedom."

Zakir also wants to return. "My family is living there in miserable conditions. My heart is with them and I long to see them again."

As a stateless people, atomised and unrepresented, ignored by governments and neglected by aid agencies, the Rohingya face an uncertain future. In Myanmar the programme of ethnic cleansing shows no sign of stopping, despite the election of Nobel Peace Prize winner Aung San Suu Kyi.

In India there is also little sign of improvement. The Rohingya live unseen by the media, the government and the world. Draconian citizenship laws make it impossible for them to become citizens, even those born here are ineligible. The government pretends to not see the Rohingya. It is almost as if these desperate but determined people mean as much to them as the rubbish among which they live. 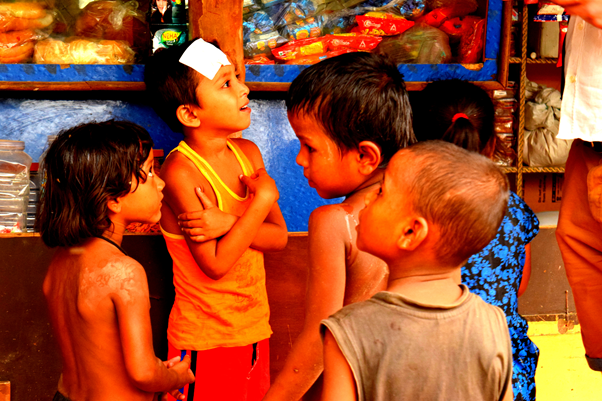 Let us hope that the inspirational courage and unrelenting determination of this remarkable community defies the odds. As we leave, Sohain's parting comment is one of hope. "In India we have our freedom and our security. There is a future here for us." Behind him, rising from the rubbish, a newly built mosque is a symbol of hope and development in this otherwise fragile, transient settlement.

(NB: Names have been changed to maintain the anonymity of our sources. There are other more established Rohingya communities elsewhere in Delhi.)