Rohingyas should be citizens or be given their own state, says Dr M 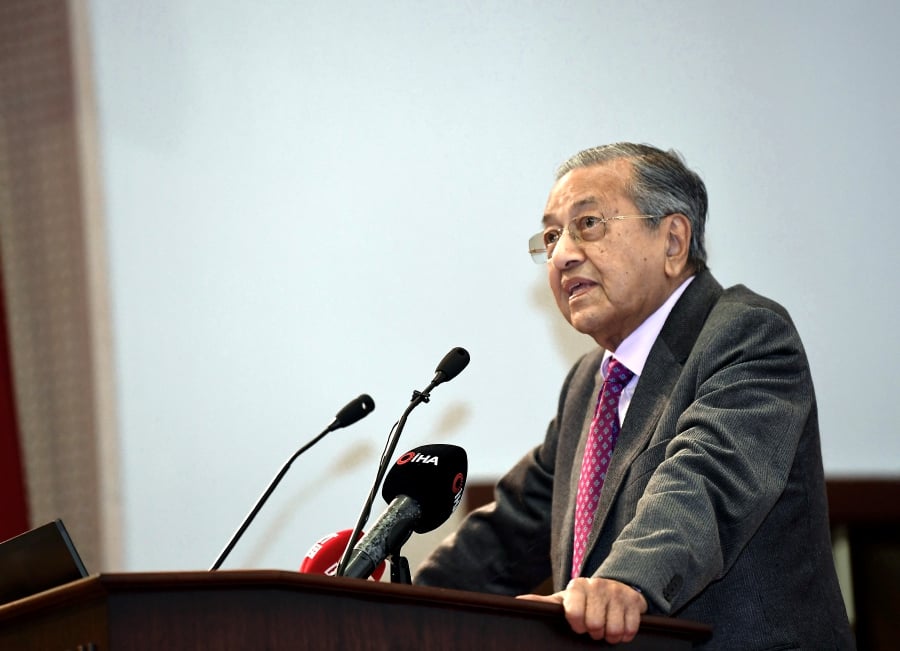 The Rohingyas should be treated as Myanmar nationals or be given a chance to form their own state, said Prime Minister Tun Dr Mahathir Mohamad. -- fotoBERNAMA (2019) HAK CIPTA TERPELIHARA
By Bernama - July 27, 2019 @ 5:51pm

KUALA LUMPUR: The Rohingyas should be treated as Myanmar nationals or be given a chance to form their own state, said Prime Minister Tun Dr Mahathir Mohamad.

He said even though Malaysia generally does not wish to interfere with the internal affairs of other countries, it does so in this case due to the massacre or genocide that is happening in Myanmar.

"Myanmar, of course, at one time was made up of many different states. But the British decided to rule Myanmar as one state - and because of that, many of the tribes (were) included in the state of Burma.

"But now, of course, they should either be treated as nationals, or they should be given their territory to form their own state," he said in an interview with Turkey's Anadolu Agency in Ankara during his four-day visit to the country.

In 2017, more than 700,000 ethnic Rohingyas were driven from Rakhine State following a military-led crackdown that a United Nations' report has said included mass killings and gang-rapes.

Former UN High Commissioner for Human Rights, Zeid Ra'ad al-Hussein, told the Human Rights Council that the episode was a "textbook example of ethnic cleansing", according to the UN website.

Meanwhile, asked to comment on the plight of the Uyghurs in China, Dr Mahathir said Malaysia has always advocated for the settlement of conflicts through negotiation, arbitration or court of law.

"We should tell China (to) please treat these people as citizens. The fact that they have a different religion should not influence the treatment towards them. When you resort to violence, then it's very difficult to find a good conclusion because there has been no case where violence has achieved the objective," he said.

Meanwhile, on Turkey's fight against the Fetullah Terrorist Organisation (FETO) both inside and outside the country, Dr Mahathir said Malaysia does not support insurrection in any country.

"It is our policy not to be used as a base for action taken against other countries. It is for that reason that when we find that there are some attempts to make use of Malaysia as a base for dissent against the Turkish government, we have taken actions to close these (FETO-linked) schools" he said. – Bernama