UN Has Failed the Rohingya in Myanmar. Now it Should Take Responsibility

Source Wire, 30 June
The United Nations recently accepted a 36-page report that examined the body's systemic failures in the country.

Rohingya refugees who fled from Myanmar wait to be let through by Bangladeshi border guards after crossing the border in
Palang Khali, Bangladesh October 16, 2017. Photo: Reuters/Zohra Bensemra
by Maung Zarni
The United Nations recently accepted a 36-page report that examined the body's involvement in Myanmar from 2010 to 2018.
The report, by former Guatemalan foreign minister and UN executive Gert Rosenthal, acknowledges that there were "systemic failures" in how the UN responded to the crisis in Myanmar.
The Rosenthal report (dated May 29, 2019) finds that the UN response was "dysfunctional" in Myanmar, and that its leadership and conduct was "relatively impotent." These organisational failures were a result of various officials pursuing their own narrow end, often with conflicting approaches and interests.
Though the absence of the Security Council's political backing has weakened the UN position, Rosenthal has gauged that the organisation could have done more to address persecution of Rohingya.
It could have, for instance, restricted Myanmar's access to international markets, investment and finance. Instead, both UN's Myanmar Country team under the Resident Coordinator and the Secretary General and his senior executive team in New York made policy decisions that sent the wrong signal that the UN would continue to conduct its operations in a business-as-usual fashion.
In fact, the expansion of the UN Development Program (UNDP) into a "fully-fledged" country development program, emboldened Myanmar to scale up its systemic persecution of the Rohingya community in the west.
The Rosenthal report finally admits to what several generations of survivors of Myanmar's genocide against Rohingya Muslims have always known through collective and individual experiences: that the UN has failed them not simply since 2010, the report's cut-off year, but since the first wave of Myanmar's genocidal destruction in 1978.
This is not the first-time that the UN's own diplomats and officials have assessed its failures in cases of atrocity, which includes war crimes, genocide, crimes against humanity and ethnic cleansing.
In 2012, former Assistant Secretary General Charles Petrie, who served as UN resident coordinator in Myanmar from 2003 to 2007, reached a similarly damning conclusion: that the UN failed to effectively and properly discharge its mandate of protection and reconciliation in Sri Lanka. 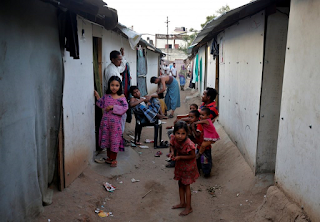 People belonging to Rohingya Muslim community sit outside their makeshift houses on the outskirts of Jammu May 5, 2017.
Image: Reuters/Mukesh Gupta/Files
The UN's official admission of its failures in Myanmar is welcome. But it is disturbing that that the world's foremost inter-governmental organisation working to maintain international peace and security remains incapable of heeding the lessons of the past and self-correcting.
Deep scepticism is called for when Secretary General Antonio Guterres promises to implement Rosenthal's recommendations. When he was the UN High Commissioner for Refugees, he was told in a meeting held by Myanmar's then president Thein Sein that the country's government intended to confine Rohingya to camps.
Myanmar's intention to commit international crimes had therefore been clear to United Nations leadership since 2012 — yet no effective action was taken.The organisation should have done more, including establishing an early warning genocide mechanism, creating an emergency response team and plan, and working with the Special Representative of the Secretary-General for Children and Armed Conflict and the Office on Genocide Prevention and Responsibility to Protect. They did not.
According to the report, the United Nations also went back and forth on whether to even use the word "Rohingya," a term the Myanmar government has tried to erase from use.
Former Secretary General Ban Ki Moon had used the term in a speech in 2016 — but UN officials have, since then, used the phrase "Muslim minority," thereby proving to be complicit in the government's attempts to strip Rohingya of their identity and rights.
The Rosenthal report inspires no confidence that this system will change. The Secretary General's mandate for Rosenthal seemed to preclude the essential question of the UN's own accountability.
The report itself says, "the consultant was not asked to evaluate the conduct of entities or individuals in the mode of personal or institutional accountability."
For an internal assessment report to merely point to the systemic failures without apportioning any responsibility to those within the organisation entirely evades the central issue.
Rohingya activist Nay San Lwin who coordinates campaigns and media relations told Al Jazeera English, "the system failed because individuals didn't fulfil their obligations. This is blaming the system to avoid accountability."

Why United Nations failed to save Rohingya

Insiders say UN sought to downplay criticism of Myanmar and was hamstrung by China, Russia opposition to firm response.

These individuals in charge at the time include the former UN resident coordinator in Myanmar, Renata Lok-Dessallien, who was accused of suppressing an internal report critical of the UN's strategy in Myanmar.
Instead of holding her responsible for failing to uphold the organisation's 2014 Human Rights up Front initiative, Guterres rewarded Lok-Dessallien with a larger portfolio — she was made UN resident coordinator in India.
To address impunity within Myanmar, the secretary general and other UN leaders should take responsibility for the failures that emboldened Myanmar's ongoing genocide against the Rohingya ethnic minority. The current UN leadership and management has failed the thousands of Rohingya who were slaughtered, maimed, raped or violently deported.
They have also shown that their commitment towards reform simply does not encompass the deep institutional change necessary to prevent such issues from arising again. They should resign.
After all, if the UN cannot even hold its own officials responsible, how can it expect to hold entire governments to account for their crimes?
Maung Zarni is a Burmese coordinator of the Free Rohingya Coalition, an umbrella network of Rohingya refugees and human rights activists, and co-author, with Natalie Brinham, of the book, Essays on Myanmar Genocide (2019).
Posted by NDPHR at 7/03/2019 02:35:00 pm