Slave labour trafficking to Malaysia on the rise 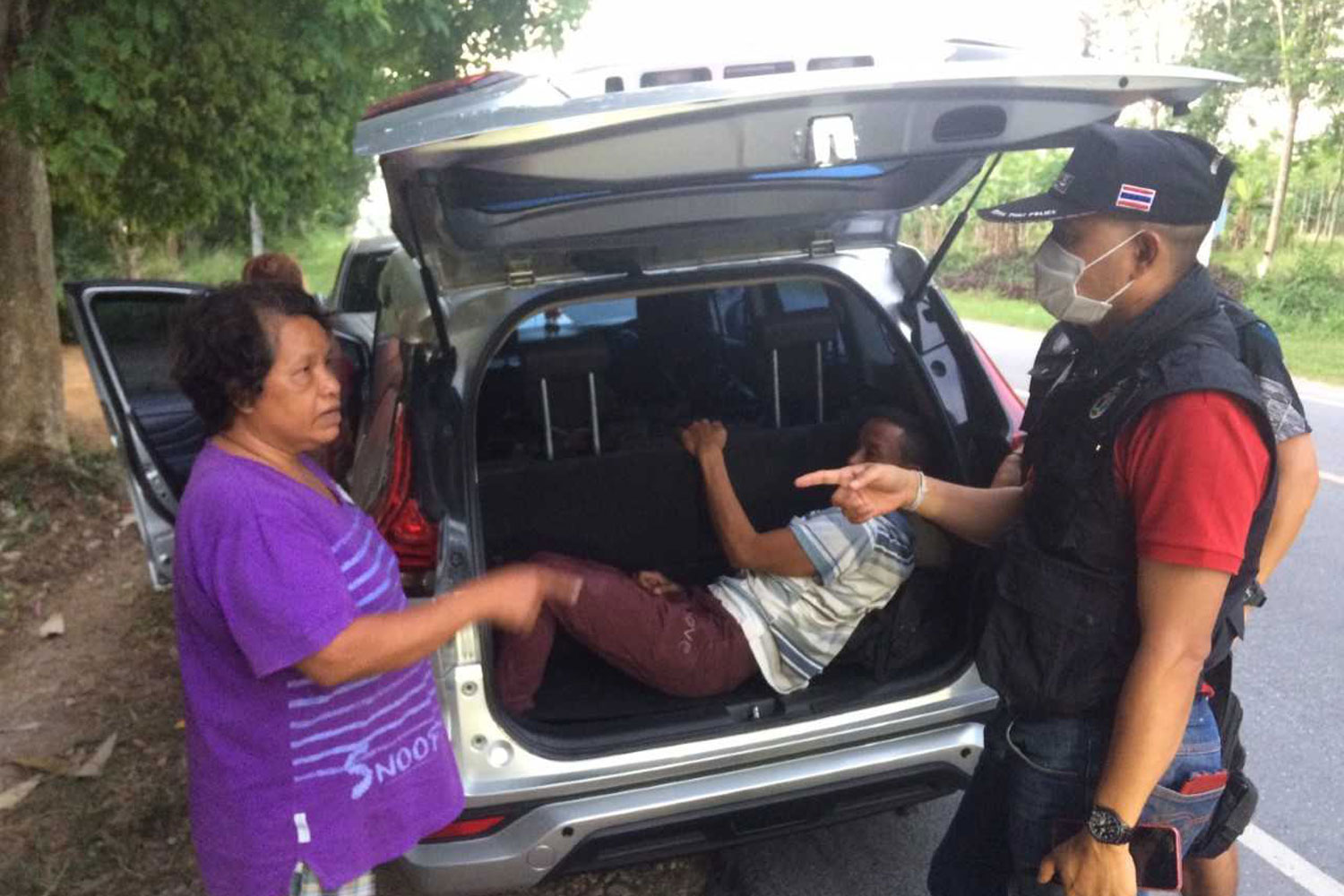 Police question a Thai suspect when they stop her vehicle carrying illegal migrants in Rattanaphum district of Songkhla province on Monday. (Photo by Assawin Pakkawan)

Eight Myanmar and two Thai nationals were arrested on Monday in a crackdown on a human-trafficking gang transporting illegal Myanmar migrant workers from Myanmar to Malaysia, police said.

The Myanmar workers were hidden in the back of multipurpose van driven by a Thai woman. The other Thai is a suspected female trafficker.

They were all detained after a team of officials ordered the car to stop on a highway in Rattanaphum district of Songkhla province.

According to police, the driver told them she was hired to pick up the illegal workers from Takua Pa in Phangnga province and drop them off in Singha Nakhon district of Songkhla, getting paid 1,100 baht per head. The migrants were from Koh Song in Myanmar and entered Thailand illegally in Rayong province, police added.

The two Thais admitted to having smuggled in migrants on around 10 previous occasions, police said.

Despite a crackdown on human trafficking previously, the illegal trade has picked up over the past six months because of growing demand for migrant workers in neighbouring Malaysia's agricultural and fishing sectors, according to a security official who asked not to be named.

"Smuggling a Myanmar worker costs about 20,000 baht while smuggling a Rohingya one costs up to 60,000 baht," added the official.