Massacre of Rohingya Muslims in Myanmar 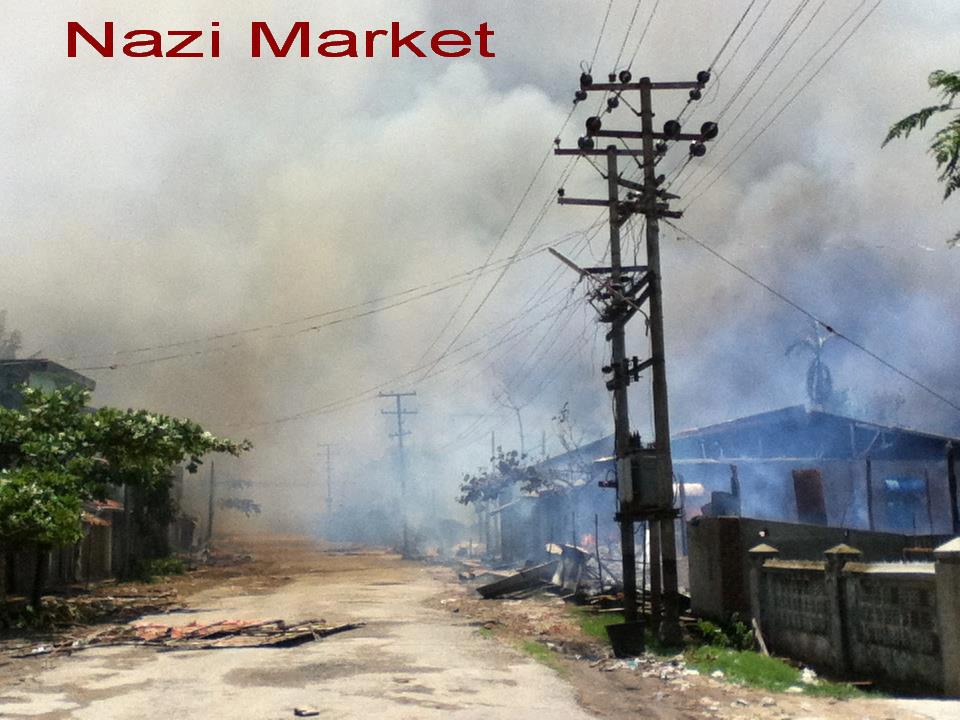 The Rohingya Muslims in Myanmar are victims of a war of genocide at the hands of Buddhist extremists, and this is being done with both the blessing and the inaction of the Myanmar government. Yangon has not taken any action to stop the massacre and the burning of houses with people inside. Indeed, it is evident that the government has been encouraging extremists to perpetrate these crimes. The leader of these extremists is the Buddhist monk U Wirathu, founder of Myanmar's 969 Movement. Wirathu's movement receives support from the police and army while the government remains silent on the issue.

Yangon has not recognized Rohingya Muslims as a legitimate ethnic minority since the military government took the unjust decision to repeal the nationality of Rohingyas with the introduction of the Citizenship Law of 1982 that deprived them of their citizenship. Unfortunately, there is no one in the country who can stop the atrocities perpetrated against Muslims and hold those who commit systematic genocide accountable for their crimes. The international community remains shamefully silent about these crimes apparently because of Yangon's claims that it is pursuing political reforms.

Western countries, which pay lip service to human rights, maintain their silence on what is happening in Myanmar from the flagrant violation of human rights that includes the burning of villages, homes and even the demolition of mosques. Tens of thousands of Muslims have been driven out of their homes and have been forced to flee to neighboring countries, which refuse to receive them. A large number of Rohingya "boat people" have died of hunger at sea while sailing to safety. All of this is happening in full view of the international community, which only seems to be concerned with opening up Myanmar for business. These countries seem ready to sacrifice their values and ethics to achieve this goal. If this is the case of Western countries, what excuse can there be for Islamic countries which receive reports about crimes committed against Rohingya Muslims from the Western media?

The correspondent of "Religion and Ethics" magazine published an interview with Phil Robertson, deputy Asia director of Human Rights Watch, in which he said that Muslim regions of Myanmar have been burned and that this is evident from satellite images of the regions taken before and after the arson. He also drew attention to the shooting and killing of local residents as well as the unearthing of mass graves. Several villages were burned along with the villagers while police and army personnel stood by watching without doing anything. Robertson said that what happened in Myanmar was a massacre in every sense of the word.

Matthew Smith, executive director of another human rights body, Fortify Rights, said that most of the crimes documented against Rohingya Muslims are crimes against humanity that are punishable under international law. He also noted that UN officials have emphasized that no minorities in any part of the world have been subjected to such atrocities as those suffered by Rohingya Muslims in northern Rakhine State of Myanmar. He cited the testimony of a local resident that Rohingya Muslims have been denied fundamental human rights by limiting their freedom of movement, access to education and medical services, marriage and childbirth adding that they are not considered to be citizens of the country. Smith also pointed out that the government of Myanmar considered Rohingyas to be illegal migrants despite the presence of a sizable section of the community in the state for several centuries. He drew attention to the continued silence of the opposition leader and Nobel Peace Prize Laureate Aung San Suu Kyi about the crimes committed against Rohingyas.

Smith noted that even some Buddhists are unhappy about the way in which Rohingyas are treated. The Dalai Lama, the spiritual leader of Buddhists in Tibet, has denounced the violence in Myanmar. However, there has been no cessation of hostilities against Rohingya Muslims even though the Myanmar government is capable of doing so it wanted to.

Smith also said that some Buddhists fear that Rohingya Muslims could take over the country at some point in the future. But he says that these fears are unfounded and illogical because nine out of 10 people in Myanmar are Buddhists. Apart from this, the 969 Movement and its members consider Muslims to be inferior to dogs. According to Smith, all of this demonstrates that what is going on in Myanmar is ethnic cleansing with the government's tacit approval and blessing.

Muslim leaders, who gathered at the Extraordinary Islamic Summit, convened by Custodian of the Two Holy Mosques King Abdullah in August 2012 in Makkah, strongly criticized the Myanmar government for the atrocities committed against Rohingyas. They demanded that the Myanmar government stop the persecution of Muslims and protect them by giving them their legitimate rights. The summit authorized the Organization of Islamic Cooperation (OIC) to do the follow-up work. But, unfortunately, the pan-Islamic body failed to carry out the duties assigned to it by the summit.

The OIC restricted its role to dispatching a low-profile delegation to Myanmar together with some relief supplies. But it did not receive permission to take these supplies to the violence-hit regions. It was expected that the OIC delegation would be led by its secretary general especially in view of the fact that the Myanmar president had extended him an invitation to visit the turbulent areas. Although the invitation was extended as a result of the impact of the Makkah Summit resolution, the secretary general did not respond to it. He only wrote a letter to US President Obama urging him on his visit to the country to ask the Myanmar government to grant the Rohingya Muslims their legitimate rights. However, the former secretary general Ekmeleddin Ihsanoglu later visited Myanmar, but, unfortunately, it was at a wrong time. During the visit, neither the Myanmar president nor any senior government official turned out to receive him. I think that the delegation was not even allowed to visit the violence-stricken regions of the country. Had he responded positively to the invitation extended by the president earlier, things might have been different.

The atrocities Rohingya Muslims have been subjected to from murder, arson, displacement and deprivation of even basic human rights are considered crimes against humanity and ethnic cleansing according to the testimony of international human rights organizations such as Human Rights Watch. It is the religious, moral and humanitarian duty of the international community in general and of Muslim states in particular to come forward to rescue Rohingya Muslims who are exposed to genocide.

It is the responsibility of the OIC to swing into action in order to expose the crimes being perpetrated against Rohingyas as well as to shed light on the dirty game being played by the Myanmar government in dealing with its citizens. The OIC should hire lawyers to sue the government and hold it accountable for the unjust decision to repeal the citizenship of Rohingyas who have lived in the country for centuries.

— Dr. Ali Al-Ghamdi is a former Saudi diplomat who specializes in Southeast Asian affairs. He can be reached at algham@hotmail.com