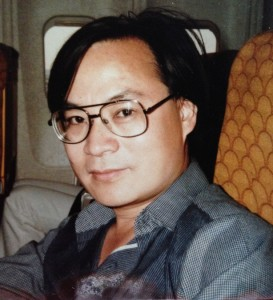 Two issues regarding the plight of the Muslim in Arakan State and heightened armed conflict in Kachin and Shan States dominated the political arena during these few weeks.

The flared up old issue of "Rohingya", due to the US ambassador to  Burma, Scot Marciel's stand point of addressing the chosen nomenclature as it is preferred by the said ethnic group and the US Secretary of State John Kerry's inquiry following his recent visit, pushed Aung San Suu Kyi to take up position that she has so far tried to avoid.

While this tip-toeing around or asking for sympathy and more space, regarding the Rohingya issue might be necessary for a short period of time, the armed ethnic conflict that have flared up to a new height in Kachin and Shan States these days is alarming and disturbing, which needs immediate attention for the National League for Democracy's (NLD) national reconciliation commitment hinges upon on how fast and effective the so-called Nationwide Ceasefire Agreement (NCA) could be implemented, in words and deeds.

In this respect, the Suu Kyi-led, newly renamed, National Reconciliation Peace Center (NRPC) seems to be moving towards adopting the previous regime's well-beaten path of peace process, so much so, people are starting to say that her program is, in fact, "an old wine in a new bottle".

Let us examine in the light of recent political development, if this is really the case.

Her tip-toeing around the racial and religious conflict was explained as largely due to the fact that the risk of inflaming the issue was so high, only by just mentioning and using the terms "Rohingya" and "Bengalis," that are politically and emotionally highly charged.

The Buddhist nationalists label the group "Bengalis", casting Burma's more than one million Rohingya as illegal immigrants from Bangladesh, according to various news reports.

One positive statement Suu Kyi said was that her new government was determined to address deep hatreds in western Rakhine State. And in addition,  Daw Aung San Suu Kyi and Mr Kerry both stressed that the ability to self-identity was important for people all over the world. "We are not in any way undermining people's desire to establish their own identity," Daw Aung San Suu Kyi said.

Suu Kyi, who has faced criticism internationally for not speaking up for the Rohingya, pledged to work towards a situation where the communities "live peacefully and securely outside the camps".

"That is why we say that we need the space to build up trust and security within the community", Suu Kyi added.

According to U Khun Myint Tun, chair of the Pa-Oh National Liberation Organisation, the new government's peace plan will be built on the foundation laid by former president U Thein Sein, though non-signatories will also be invited.

"What we understand is the 21st-century Panglong Conference will be held in accordance with the provisional timeline of the NCA. It is just a replacement to the Union Peace Conference. With a few changes, I think the new government will follow the old peace process laid out by President U Thein Sein," he said.

The newly renamed NRPC, which formerly was Myanmar Peace Center (MPC), meanwhile has formed two sub-committees, one headed by Lieutenant General Yar Pyae would meet with the signatory Ethnic Armed Organizations (EAOs), while the other led by U Tin Myo Myo, who is also head of the NRPC,  would liaise with the non-signatories. Reportedly, in U Tin Myo Win's team prominent ethnic politician U Khun Tun Oo was said to be included as a member, according to Myanmar Times report.

However, regarding the new regime's soliciting of the remaining EAOs to join the political dialogue, it is not clear whether all the 13 non-signatory EAOs will be included or the military, also known as Tatmadaw and Burma Army, rejected 3 EAOs – Kokang or Myanmar National Democratic Alliance Army (MNDAA), Palaung or Ta'ang National Liberation Army (TNLA) and Arakan Army (AA) – will be left out.

The military has said that the said 3 EAOs would have to surrender first, before they could participate in the peace process.

On top of this, the NLD usage of the word phrase "those that deserves and appropriate to participate" in the peace process would be included is hardly an all-inclusive pledge, even if the party's political commitment is said to be so.

According to the Commander-in-Chief Min Aung Hlaing's much publicized press conference of 13 May, the military position on the peace process could be summarized as the following:

Apart from that,  on question of 25% military's non-elected, allotment in the parliament and its subsequent withdrawal from politics, Min Aung Hlaing reiterated with his usual answer that it would be according to the desire of the people, if armed conflicts ended and peace is restored.

But to underpin the military's independence from that of the administration, the military leaders, including the Commander-in-Chief, maintained that they could continue to take up responsibility and run their own affairs, even after the pensioned age of 60.

Meanwhile, the military despite its public commitment to support Suu Kyi's 21st Century Panglong Convention, it has been conducting military offensives in the Shan and Kachin States.

On 19 May, Shan State Progress Party/Shan State Army (SSPP/SSA) issued an eight point statement, of which its doubtfulness on Burma Army was stressed and its aim to derail the Suu Kyi initiated Panglong-like convention by staging offensives on SSA positions in Lashio and Hsipaw Townships was mentioned. It went on to protest the onslaught and demand the Burma Army to immediately stop the offensives.

Again on the 58th anniversary of  Shan Revolution Day, that has been started by 31 Shan patriots in Mong Ton Township, on 21 May 1958, called on all EAOs to unite and strive for ethnic rights.

"(We) urge all our ethnic armed brethren to unite hand-in-hand to fight for our ethnic rights in unison, using diverse actions," stated the statement.

On 21 May, Daung Khar, Chief technical advisor of the Kachin Independence Organization/Army (KIO/KIA) , told BBC that he was disappointed and ruminated for the new government's silence on the military using of  combat aircraft against the KIA and that they won't be asking for help from the regime, for it has already known the situation. He went on to stressed that the 21st Century Panglong Convention will be meaningless, with the war on ethnic groups going on.

During these few weeks, the MNDAA, TNLA, that the military refused to accept as negotiating partners, tendered resignation to the United Nationalities Federal Council (UNFC) a coalition of 11 EAOs alliance, which is still pending,  has led many to think that the United Wa State Army (UWSA)-led military alliance in the north of the country, might become a reality. This means, the alliance to be formed would include some 5 to 6 EAOs that would weaken the UNFC militarily.

Apart from the possible problematic or debacle of all-inclusive policy line of the NLD with the military demanded non-inclusive posture, vis a vis the EAOs, the time has also come for the NLD to tackle the  mentioned issues head on.

The Rohingya issue, which is based on religious hatred and racism, would need a clear policy on how to go about. This should be a kind of "denazification" –  "entnazifizierung" in German -, which was an Allied initiative to rid German and Austrian society of the National Socialist ideology (Nazism), to build awareness of how a responsible democracy-adhering society needs to behave and thus is a long term undertaking. But beating around the bush won't help. The civilian-based initiative of harmonious living together among different races and religions are already there, albeit at a very rudimentary stage, but needs institutional support and as well, decisive "secular form of governance" commitment that is a must in a democratic society.

Similarly, ethnic conflict that have plagued the country for so long needs bold, innovative approach rather than being bogged down in the first step of actual nationwide ceasefire, due to lack of political will.

The Burma Army's usual mantra of protecting sovereignty and upholding national unity is not conducive and helpful. More so, if it combines this with its commitment of creating more "white areas" prior to the actual political dialogue, to be at an advantaged bargaining position.

Actually, this doesn't make sense as an agreed "Union Accord" will resolve all these problems with one stroke, for soon as a political settlement of a genuine federalism solution is reached.

In a nutshell, if Suu Kyi and NLD don't want its peace initiative to be termed as "an old wine in a new bottle", there is only one option open. And that is, as time and again being advocated by well-wishers and keen observer of the country, to wipe the slate clean or create a level playing field, by unilateral ceasefire declaration from the part of the government, for it is a must and necessary step, rather than beating around the bush. Of course this will be only possible with the Burma Army's willingness and commitment, so that the initiated 21st Century Panglong Convention will have its real meaning and become a reality.